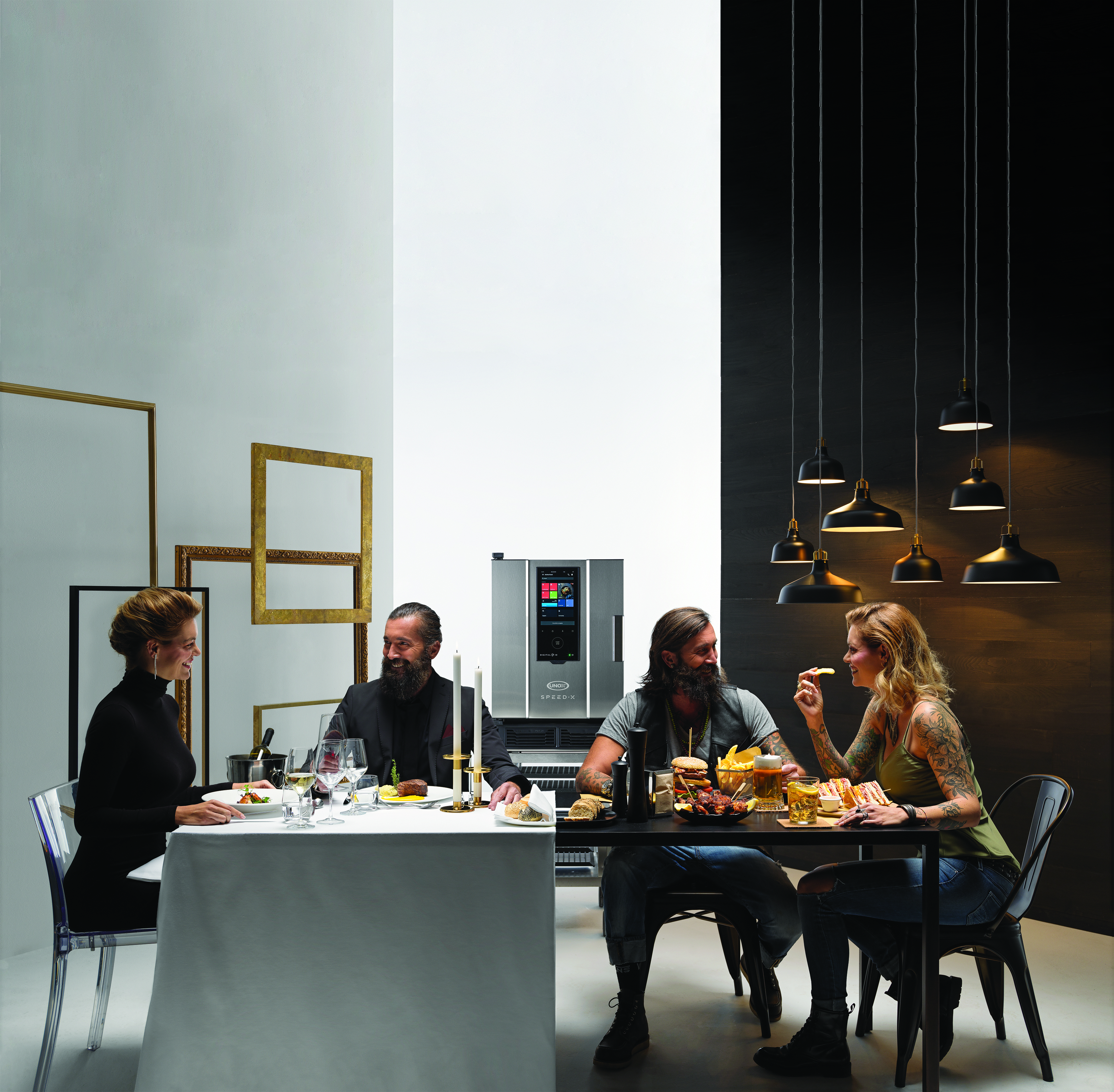 New SPEED-X™ from Unox, available to pre-order from January 2022, means users no longer have to choose between a combi or speed oven.

Technology-driven manufacturer of professional ovens, Unox, has unveiled its latest and most innovative product yet in a digital premiere ahead of the HOST Milano show.

SPEED-X™ is the first ever self-washing combi speed oven, introducing a completely new breed of commercial-grade ovens to the foodservice industry.

This revolutionary product eliminates the need to compromise, improving both the speed and the quality of cooking processes. Thanks to its two fans, it reduces cooking times by 20% in comparison to its predecessors, while the new HYPER.Speed technology combines steam, air and microwaves, making it possible to not only heat but also cook and brown food in seconds. For example, a toasted ham and cheese sandwich is ready in 75 seconds and a sea bass fillet is fully cooked in just 90 seconds.

The SPEED-X™ is designed for a vast market where the speed of service is paramount, without compromising on quality. From small outlets to Michelin-starred restaurants, ideal venues include  pubs, dark kitchens, QSR and casual dining chains, as well as transport catering (in airports and train stations) and petrol stations. The oven is also perfect for traditional restaurants since it can speed up preparation with full loads, to drastically reduce service times.

Scott Duncan, Managing Director of Unox UK, said: “The SPEED-X™ is the first oven to combine the capabilities of a combi oven and those of a speed oven with an additional self-cleaning feature. This not only expands the oven’s capabilities beyond anything that was possible before, but it also allows for an incredible increase in commercial kitchen productivity.”

Those who are already fans of UNOX ovens will recognise familiar features such as STEAM.Maxi™ and ADAPTIVE.Cooking™, but many of these features will be optimised for the new SPEED-X™. For example, MULTI.Time programming, the technology that allows users to cook different products at different times in the same oven, will be even more comprehensive and precise, allowing up to 10 dishes to be prepared at once.

SPEED-X™ is also equipped with brand-new technology. The Digital.ID™ operating system is the most advanced ever installed on an oven. Hyperconnection and an intuitive interface allow users to control the oven easily. In fact, while UNOX continues to lead the way in technological innovation for professional ovens, the user experience and ease of use remain of utmost importance.

Scott Duncan adds: “It’s simple to use and incredibly versatile. It’s designed with everyone in mind.”

SPEED-X™ will available to pre-order in the UK from January 2022 and available for shipping from the Unox factory in Italy in March 2022.